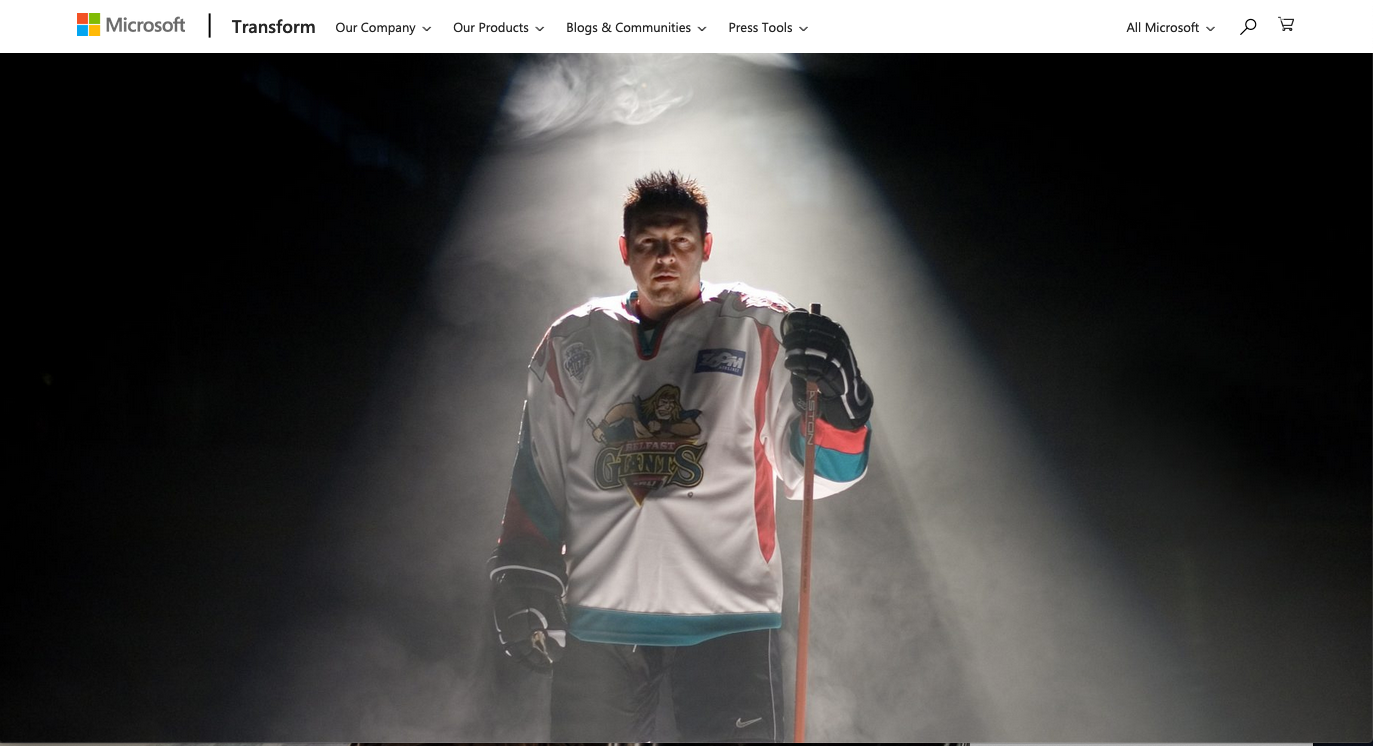 Theo Fleury is driving through western Canada on a chilly spring morning. With a hand on the wheel, he roams effortlessly through mountains of jagged topics: childhood trauma, years of addiction, and how he was sexually abused as a teenager by his hockey coach.

After stopping for coffee, Fleury returns to the road and the previous conversation without hesitation. He decries the stigma attached to mental illness. He describes his joy in helping others find mental wellness. He reveals that he will remain in therapy for the rest of this life ? and how he is fine with that.

For hockey fans who perhaps lost track of Fleury?s story in recent years, these talking points may seem surprising. Between 1988 and 2003, the 5-foot-6-inch winger sniped 455 goals in the NHL and amassed 1,840 penalty minutes. His teams won a Stanley Cup and Olympic gold before the NHL ultimately suspended him twice for substance abuse, ending his pro career.

The lasting image of Fleury on the ice: A fast, feisty playmaker with a wry smile, deft hands and darting eyes sometimes blackened by fresh punches. Secret reasons may have fueled much of that famous fury.

?The more vulnerable you are, I believe the more healing you can get to. When we find our voice and we tell our stories, that?s the epitome of being vulnerable,? says Fleury, who lives in Calgary, Alberta.

?What happens is, vulnerability creates safety. And when you have safety, that?s when the true magic of healing happens.?

Theo Fleury 2.0 is a mental health advocate and motivational speaker who travels throughout Canada and the U.S. to share his raw story with audiences, holding conversations, hosting workshops and offering a living example of hope and recovery.

His stated mission is to help people overcome obstacles ?by igniting leadership, action and resilience from within.? He has authored two books to guide those experiencing trauma. He has earned four humanitarian awards. He has received two honorary doctorate degrees for his mental health work. He performs country music. And he has been sober for more than 13 years.

This spring, Fleury is adding yet another dimension to that work, a tool to broaden his message and deepen his conversations. He has partnered with iRel8, a mobile app that connects people in an anonymous, peer-to-peer forum, enabling users anywhere to access the power of in-person therapy groups. iRel8 has similarly partnered with artists and military veterans.

Built with Visual Studio Code, iRel8 was recently migrated to Microsoft Azure to reach more people globally and grow with innovation. The app is available in 54 languages through the?Microsoft Translator?API in?Azure Cognitive Services. Its co-founders plan to use Microsoft Artificial Intelligence (AI) to eradicate inappropriate comments, should those emerge as the network expands.

?I?m a huge believer of building healthy, safe communities and, until now, I haven?t seen any technology that could bring so many people together,? Fleury says. ?I also love how they can use AI to help detect and block social media bullies, keeping it a safe community.?

iRel8 recently launched ?Theo?s Room? in its partners section. Within that space, Fleury will schedule days and times when he?ll be live to chat online with individuals seeking to divulge their mental health experiences to a famous listener who has survived his own ordeals.

Fleury also hopes to continue some of the personal conversations he starts with people during his speaking events.

In a larger sense, the former player?s star power will itself convey a vital truth, say the co-founders of iRel8, Dion Gonzales and Jeff Dorchester. Both men were separately inspired to create the platform after grappling alone with personal and family mental health issues.

?It doesn?t matter who you are and how people put you on a pedestal, we all deal with these types of things,? Gonzales says. ?It normalizes these challenges. People will realize, ?I?m dealing with this. Theo Fleury is dealing with it, too.? It gives you permission to say you need help.?

?Heroes,? adds Dorchester, ?are not immune.?

He grew up in Manitoba, a prairie province in central Canada.?His town, Russell, is home to an annual beef and barley festival.

The Fleury family had three boys, with Theo the oldest. He was small in stature but aggressive in attitude. His father and mother each had withstood their own emotional wounds as kids, leading them both into substance abuse. His dad was an alcoholic and his mother was addicted to prescription pills, he says. (Both are now sober.)

?I grew up in a home that?was violent, chaotic, crazy, insane,? he says. ?I watched my parents? childhood trauma fight with each other every single day.?

But the little town had a hockey rink and Fleury found the game at age 5, blending natural talent with home-grown combativeness, creating a fierce force on the ice.

As a young teen, he attended an elite hockey camp in Manitoba. One of the camp?s instructors was a pro scout, Graham James, who took instant interest in Fleury and told him he had the skills to someday make it to the NHL.

James recruited Fleury, then 15, to play for his junior hockey team in Moose Jaw, Saskatchewan during the mid-1980s. In his 2009 memoir, ?Playing with Fire,? Fleury revealed that James repeatedly sexually assaulted him during those years.

Fleury kept those attacks a secret because, he later explained, he feared other players would bully him and he believed the stigma would kill his NHL dream.

He reached the NHL in 1988 with the Calgary Flames, blossoming into one of the league?s most dynamic scorers. He was named an NHL All-Star by 1991.

He also was addicted to alcohol, drugs and sex, he says ? all to mask the haunting pain of his younger years.

By 1996, at age 28, he was widely considered one of the game?s greats. That same year, Fleury?s junior hockey teammate, Sheldon Kennedy, then playing for the Boston Bruins, publicly revealed that James had sexually abused Kennedy as a teenager. (James later pleaded guilty to sexually assaulting Kennedy, Fleury and other players. He was sentenced to multiple prison terms.)

?Because of that, my addictions became even more prevalent because I didn?t want to think about it. So the drugs, the alcohol, all those addictions, allowed me to numb out.?

They ultimately ended his NHL career. Days before the start of the 2002-2003 season, the NHL suspended Fleury for violating the terms of the league?s substance-abuse program. In April 2003, the league suspended him again for the same reason. He was 34.

His dream was dead.

He became sober on Sept. 18, 2005. But it was nearly 10 more years before Fleury began to map out the contours of his deepest discoveries on healing.

That began as he worked on his second book, ?Conversations with a Rattlesnake,? published in 2014 and co-authored by therapist Kim Barthel. The writing provided Fleury with four revelations on trauma that now inform his public talks and drive his own recovery.

?The first thing that trauma teaches us is abandonment and neglect,? he says. ?My parents weren?t available because they were dealing with their own pain and suffering. Second: Trauma makes you think, ?I?m not good enough.? Third: ?I?m not loveable.? Fourth: ?Do I even exist in the world???

?Once I discovered that?s how I felt about myself, that?s when I realized, wow, I can change all of these four things. This is how we can rewire our brains, rewire our trauma, rewire our mental health. It?s by having a relationship with ourselves.

?Some of us, that?s for the first time in our lives.?

And these days, what Fleury cherishes is the relationships ? a far different craving than the goals, bruises and benders that once defined the man.

?But here?s what?s really cool. On the other side of the coin, how do we heal from trauma? We heal through relationship.

?This is why I see great potential for iRel8 to tackle the trauma people experience. This platform can build huge audiences ? and build those healing relationships.?

Top image: Fleury in his Belfast Giants uniform in 2005, after retiring from the NHL. That year, Belfast won the British Elite League Championship. (Photo by Michael Cooper/Getty Images).